Laughter is an instant vacation!

OH MY GOSH!!!!!!!
I haven't laughed like that for years!
Well i was on msn and my guy friend told he's gonna cut his hair soon. And i wanted to do a joke. And i told im gonna get a new haircut too. And i sent him two pix of the haircuts. I have long hair so i guess it was shock for him. But i wanted to see what he's gonna tell. Well the pix i sent are here: 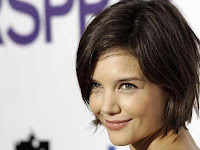 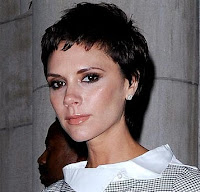 And then he wrote: the second one is REALLY short but they are both really nice but i like the first one haha but which ever one you choose will be good on you but i like your long hair.


I said: I will choose the second one. I like shorter more! (LOL)

He said: lol nice haha when are you going to get it cut?

LOL!!:D Then i said i was just kidding. I would never want so short hair. I like my long hair.
And he said: Thank godness haha

He said it was a harsh joke. It's true. LOL But it made me laugh. And believe it or not but i laughed like sooooooooo long. I couldnt even breath. I just laughed and laughed till my stomach hurt but i still couldnt stop!!!
That reminded me of the nights when i was younger and i was sharing my room with my older sis. We laughed like that all the time at nights. Just for no reason. We talked and suddenly we started laughing and we just COULDN'T stop!It was hilarious!!!! :D


"Laughter is the shortest distance between two people."
Posted by Sandra at 12:05 PM