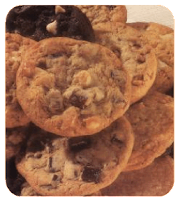 I had a fun and weird day today. I went to Tallinn with my dad. I bought two pairs of new shoes. And then dad drop me off in the city center and he went to work. I walked through the Old Town of tallinn(which i LOVE btw..coz there're so many tourist)..One old Italian couple stopped me and asked the way to the Center of Old Town. They didn't speak english so it was quite funny to describe how they must go. But finally the understood and they also asked how i call the center of the old town in estonian..i told Raekoja Plats.And they tried to repeat.haha.it was funny and cute :):)

Well, then i went to the bus stop and called my older sis and asked what bus should i catch to go to a Kristiine Shopping Center. She said no.4. So i went to no.4 bus and guess what? IT WAS A WRONG BUS! But i didn't notice. I was listening to my iPod and was thinking abt what i wanna buy and then in the end i wa slike: hmm..is this the right place where we are driving. Anyway, when the last stop came i understood it's a wrong place. haha. Totally wrong. I had never been there before.lol
So, i had to wait there abt 5 min and caught a new bus back. And i decided not to go to the Kristiine Shopping Center. And i decided not to tell anybody abt my stupid day in Tallinn. haha:D It was funny though. When i arrived back to the start i bought an ice-cream and caught a train back home. :)

At home mom and i grilled meat and ate salad. It's a Victory Holiday today here. Then later i came to the net. Right now im talking to Ruby and listening to JB new album ;)

Btw, today i shopped for the food i'll take with me to the trip to Lithuania. In the motel we only get breakfast. But girls and i decided we will take some snack with us. But sure mostly we will go eat out.