Christmas are SO close! I become happier every single day!I love this holiday! Brings me happiness and warm feeling:)
Me and my friends are going to celebarte x-mas at my place. We took a lot who's going to make a present to who..I got Liisa.I already have some gift ideas in my head.
My older sis just called. She's in Ireland. I can't wait for her to come home! So so cool!!!:D

OMG!On wednesday i went movies to watch New Moon!It was eh-amazing. Spellbinding! Absorbing! Enthralling! haha:D JUST SO AWESOME! But it was somehow so short. It started and then BAM it already ended. Everything happened so quickly. Book was way longer. And book was way more serious. But it seems they wanted to make a movie a bit more funny. Jacob was pretty funny character. Most of his lines were somehow jokey and so on.. Everybody in the movies were laughing all the time. I think i'll always love Twilight the most. But im not saying New Moon wasn't good coz it WAS!I absolutely LOVE it:D and i cant wait to see it again. Many many times!!!!!:):D
<333

Okay. I wish i had more time to write her, but im SO busy with all my college work. Holiday is coming soon and so we have LOTS of projects to do before it:P
xx
Posted by Sandra at 3:37 AM No comments:

the best way to make your dreams come true is to wake up!

Omg!It's Sunday already!Time flies sooo fast. Seriously! But i must admit college life is SO much fun!Love it<3
But i've got so much home assignments and projects:P Im trying to get them all done by the right time.
It's 5:40pm but sooo dark already! Im at home having a cup of peppermint tea, listening to my fav playlist and chatting on twitter.
Whoee:D On wednesday im going to movies with my friend. We are going to watch New Moon!Yayyyy:D Im so excited=] Oh, and on thrsday me and my college friends are going to karaoke bar. I really need to start practicing some songs. Lol!

Last night Anni and i had crazy fun time! We were supposed to sleep i guess but we couldnt. We dont share a room, but we hear each other..so we always talk. And Anni is deeply in love with Justin Bieber. So, i told her to dream abt him. She said she didnt dream of things that never come true. But then i wanted to tell her a beautiful story..abt a girl names Anni and a famous singer names Justin. Listen ya'll!

Justin is a quest in George Lopez show.He's singing "My favorite girl" and he walks off the lil stage and goes to walk between his fans. He smiles to these shy but crazy girls. Then he sees Anni. He takes her hands to his hands and smiles just for her. Then he moves back to the stage. Then he says his songs line "You are my favorite girl" and he points at Anni and looks in her eyes. Anni smiles.
Song ends and George Lopez comes to the stage and has a lil chat with him. Then the show is over. Everybody is trying to find their way back.. So does Anni.She's one of the last ones there. Just when she's about to go out, someone touches her back. Anni turns around and sees it's Justin.
Justin is straight and says:"Hi!You look so cute. Do you want to go out?".
Anni: "Go out..With you?"
Justin:"Of course!"
Anni:"Umm, yes..Yes i want to go out with you".."When?"
Justin:"Right now"
Anni:"Right now??"
Justin:"Yeah. I must be back by 5pm coz i have to give some interviews..Are you free right now?"
Anni:"Yes!"
Justin:"Okay..let's go...Wait, i need to change my..my.. hat!"(Lol!)

So, they are going out. It's 2pm. A very nice weather. Justin asks Anni where she wants to go. She asks him to pick the place. Justin asks if McDonalds is okay.. He loves McChicken. Anni is happy he chose such a simple place. She has only dreamed of meeting Justin..but not going out with him. She is pretty nervous!
Well, they are heading to the date place. Justin orders McChicken and asks what Anni wants. She takes the same. Justin leads them to their table. They eat, chat and laugh. Anni's nervousness wades away. She feels like she's always known him. She feels soo good with him. And so does he! They talk about normal stuff..their annoying sibling, school, fav places in the world. They talk about their passions(singing for Justin and dancing for Anni).Justin tells Anni that he wants to sing for her. Anni loves that idea. But then justin notices it's 5pm. He has to leave.
Justin:"I promise i will sing you another time!!"(he smiles so cute!)
Anni:"There's gonna be another time?"
Justin:"Of course! You are really cool and sweet girl!I definitely wanna see you again"
Anni:"Thanks, you are really nice guy too!"
Justin:"Thanks. Can we exchange numbers?"
Anni:"Sure. Here's mine"(she gives him her number. and he gives his number to Anni)
Justin:"Can i take a photo of you with my cellphone?"
Anni:"Hehe!Okay."

He takes a photo of her and stands up. He says he's so glad he asked Anni out. Anni says she's glad too. They go out together. Justin asks if he can walk Anni home. She says she doesn't leave there. She'll go to the mall and then home by bus. They say bye and Justin leaves.
Anni goes to the mall.She can't shop coz she's thinking of these few hours that were the BEST of her life.She cant believe she was out with Justin BIEBER! He was even more sweeter she imagined. But at the same time he was so simple. Not like a famous singer at all.

She goes home. It's night.Anni is on her bed, but can fall asleep. She is thinking back to her date with Justin when she suddenly hears his voice. She thinks she's gone nuts and hears his voice in her head. But then she realizes it comes from the outside. She goes near to her window and peeks out. She sees Justin there with his guitar singing a song Anni has never heard before. She grabs a jacket and runs out. They meet in the garden.
Anni:"What are you doing here?"
Justin"I promised i will sing you!"(he has the most cutes smile on his face!)
Anni:"I never thought this day will come so soon."
Justin:"I have been thinking about you ever since i left. I couldnt get you out of my head. And then i took a pen and paper and write this song. About you. Just for you. Did you hear it?"
Anni:"Yes. It's beautiful. You wrote it for me?"
Justin:"Not only FOR you. It's also ABOUT you! You are my special girl!!"
Anni:"Thank you. You are the most cutest guy i have ever known"
Justin:"And you are the cutest girl i have ever known"
When they were talking Justin went closer and closer..They were SO close when they told their last lines..Then he kissed her. And she kissed him back. It was a slow beautiful kiss. They smiled at each other. It's love from the first sight. It wouldnt mattered if he was a normal average teenager..or a singer. They just liked each other:) Happy end!=D


Haha! So i told Anni this story. With more remarks that i wrote here. She was quiet this whole time. And when i finished she said: Wow!I saw this whole story in my eyes when u were telling it. I almost believed it. It's so cool. I wish it was true.

I told her not to stop dreaming. Dreams dont have limit. You can dream of anything and as much as you want. Miracles DO happen! =]

haha :) We sure couldnt fall alseep after this story. So, we were talking and joking and laughing for so long. It was a very sweet night.
When i woke up this morning i saw Anni was so deeply in asleep. I was wondering if she saw Justin in her dreams.. Lol!
Posted by Sandra at 7:35 AM 1 comment:

My friend was right, little things DO make me happy :) For instance, The Last Song. The very best movie ever! Story that moves everybody! Movie that im looking forward to see sooo bad<3 It comes out on 2nd April. Just 3 days before my birthday. Could i ask for any better gift? Of course not!It's the BEST! ok, today i saw the trailer for the very first time. And it's eh-amazing. Take a look ;)

And today another thing has made me happy. Dancing! It's just breathtaking. No wonder it's my passion!=D I've found some really cool video. You'll see here my two very fav!=] 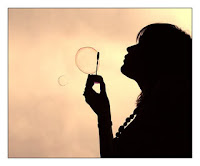 Why do i always get obsessed with something? Simple question, but so hard to answer. Lol! I've been listening to song (ft.Leighton Meester) Good Girls Go Bad like millllion times. And i still haven't got enough of it. Why? Oh, maybe coz it's such a good song. I love Leighton's voice, btw!haha. Reminds me of Gossip Girl... Blair:D
Ok, changing the subject. The other day i made a video of me and my besty. Well, i actually cut it together from the videos we have sent to each other. I think it came out cute:) And i'm so happy she liked it. Oh, and we got to talk on skype. We hadn't chatted for a long time. So, it was nice!!!=]
Well, my fall break was awesome. The best part was going to Finland. I loved there. Sure i have been there like million times before, but this time i really liked it. More than ever. Dad's place was cute and all this shopping was fun. Everything!Family together. Only Merikan was missing..and the pets were at home. But it was so so much fun anyway!=D
It's long story what we did there and what we bought..and what funny things happened. And how we surprised dad! And what happened with my lil sis. And oh, there was Halloween. See, lots of things. Lonngg story. But sometimes some things don't need to be written down. It's in my memories!!:)

Last night i watched such a good movie. My Sister's Keeper. If you haven't seen it yet watch it. I promise you won't regret spending your time on it. It's impossible to describe how good this movie is. It's sad, but very realistic. They show life as it is. Sometimes hard, sometimes fun, sometimes sad, sometimes the best. Sometimes unfair.
It made me think of my best friend Clara. I'm glad to know she didn't have to suffer from her illness like that girl in the movie. But i can't imagine what it is knowing you might die. And then actually dying. What it feels like? Did she feel anything at all? Did it hurt? What was her last thought? I have millions of questions in my head, but these won't be answered. It's okay. I know she's in a better place now!

Okay, did i mention that i made dinner today?Haha! It took about 2 hours. Don't ask why. You know what i have been noticed? I'm good making food when i start..but in the end i mess up. What i mean is that i never understand when the food is ready?! For insatnce, how do i understand the potatoes are boiled enough and they are ready?! Of course i kinda know, but today it took like for sooo long them to get ready. But the fish was easier to make. And OH MY GOSH dinner was deliciousssss :D I'm pretty porud. Lol! Even mom told it was so delicious!

OK!I gotta revice for tomorrow's English test! I need a lot of luck! I mean it!=]
xx
Posted by Sandra at 10:05 AM No comments: